Be Informed About the Myths Around Domestic Violence

Be Informed About the Myths Around Domestic Violence

UN Special Representative Of The Secretary-General On Violence Against Children

The UN Special representative has said:

“It is High Time to End Violence against Children”

Ending violence against children is a legal and an ethical imperative. It is also a universal goal. It is high time to close the gap between international standards, political commitments, and action. It is high time to mobilize all those who can promote a culture of respect for children’s rights and of zero tolerance for violence. In the countdown to 2030, everybody counts and everybody is needed.

Governments, countless organizations and millions of individuals around the world share a commitment to the safeguarding of children’s rights and promotion of non-violent values that will secure children’s healthy development in a safe and nurturing environment.

It has been edited to suit this website and an international audience.

The article is by Susan R. Paisner

Domestic violence is a complicated and pervasive crime (45 percent more women were slain by a current or former male partner between 2001 and 2012 than there were troops killed in Afghanistan), and it is shrouded in misinformation. 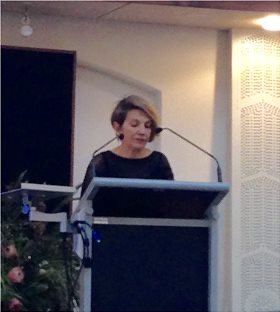 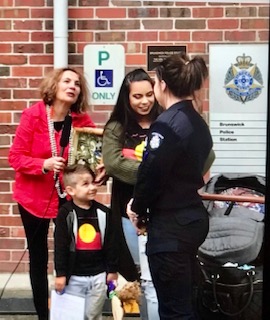 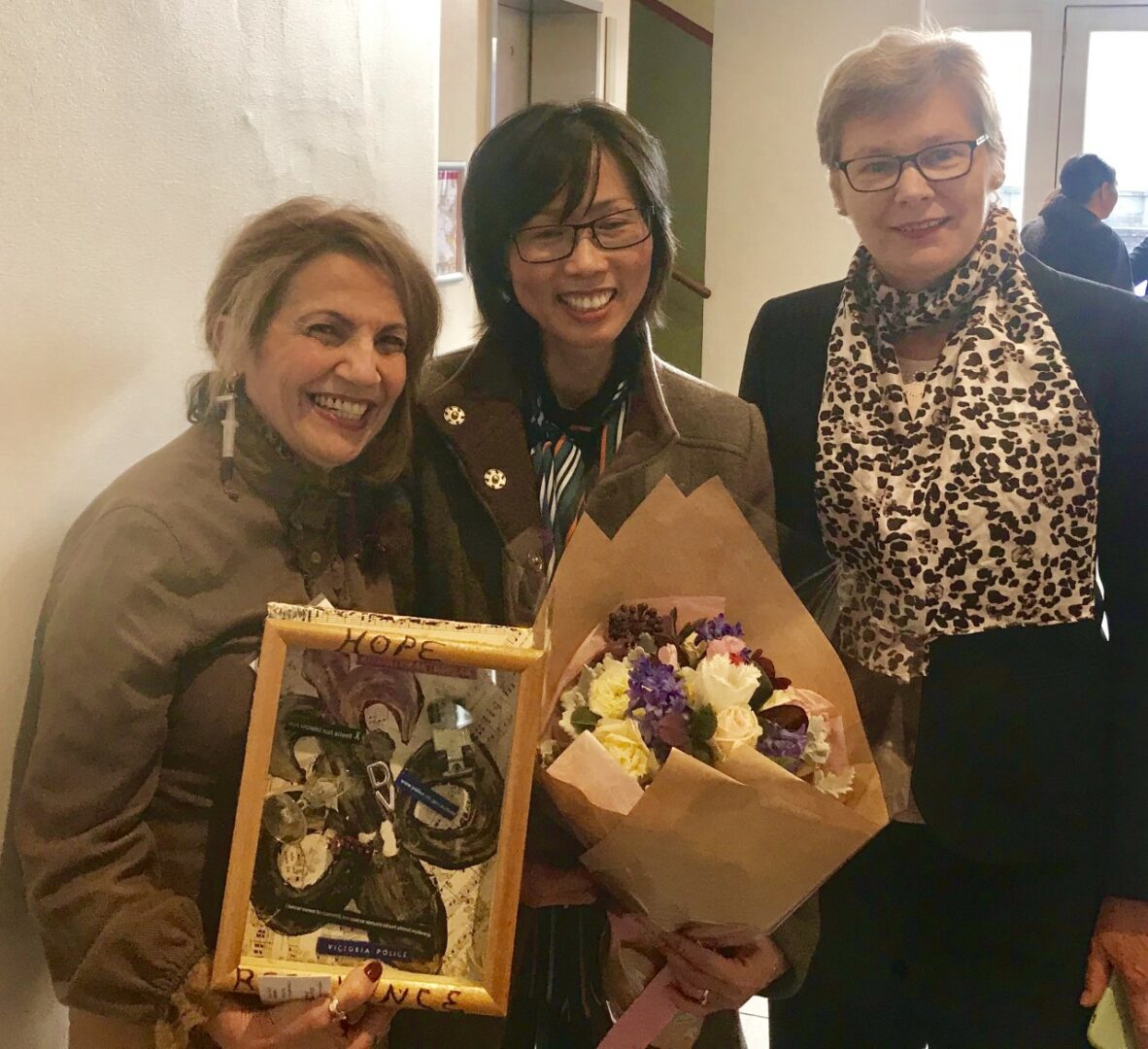 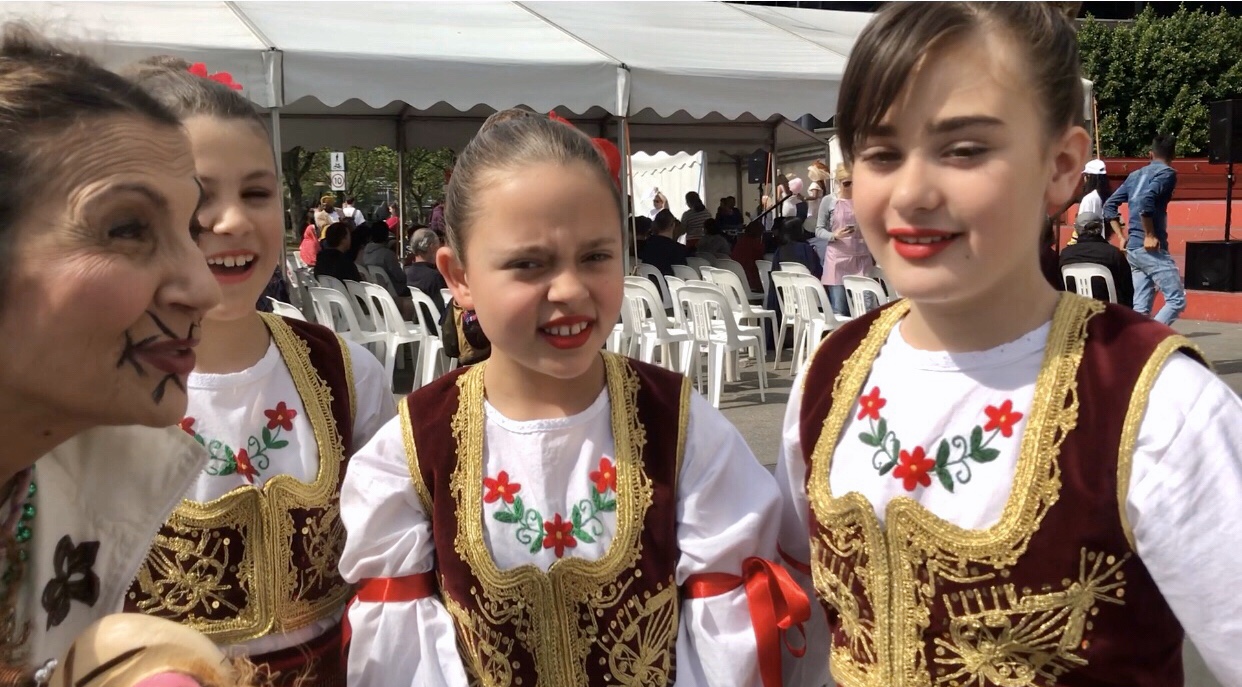 Myth No. 1 Domestic Abuse is Only Physical.

Because coverage of domestic violence overwhelmingly focuses on physical abuse — think of the photos, the police reports, the restraining orders — many people have difficulty self-identifying as victims of its verbal and emotional forms.

A common line of thought was voiced by a woman who told Britain’s Independent newspaper about a relationship with her teenage boyfriend, “He never physically hit me, so I didn’t think of it as abuse.”

A HuffPost essay about a man who would “bang his head against the tiled floor, punch a wall, or say he didn’t deserve to live” as a way to control his girlfriend was titled “I Didn’t Know I Was In An Abusive Relationship Because My Boyfriend Never Hit Me.”

This is why experts, agencies and nonprofits focused on helping victims — such as the Justice Department and the National Domestic Violence Hotline — now describe the crime as composed of an array of elements.

Typical is the information provided by the Maryland Network Against Domestic Violence: Besides physical abuse, there can be verbal and sexual abuse, isolation, coercion, stalking, economic control, abuse of trust, threats, intimidation, emotional withholding, property destruction, and harm to pets.

Because of this, the New York Office for the Prevention of Abuse has just started a campaign to help teenagers recognize the dangers of emotional and verbal abuse: “Teen Dating Abuse is #NotJustPhysical.”

It all starts with Education.

We provide these tools – we hope to collaborate with people from all walks of life - from those who have experienced family violence firsthand... to those who wish to help others escape it. We aim in bringing out the “child-within” each individual, for them to observe the extent of their own contribution. Everyone is welcome: “in the countdown to 2030, everybody counts and everybody is needed”.

By bringing focus to the issue of domestic violence and its effects on children, even if they are not in attendance. Our goal is to shed light on the “cycles of violence” within the family dynamics - from the “honeymoon phase’ to the dark and ugly side of violence. We aim to do this by educating people and giving them a basic framework provided by the United Nations Convention on the Rights of the Child (UN-CRC) and the Virtues Program enlightening them on global standards. 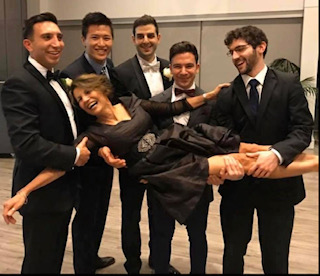 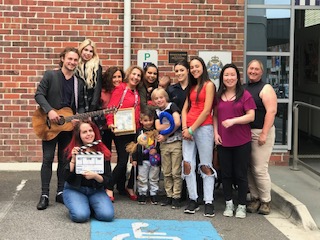 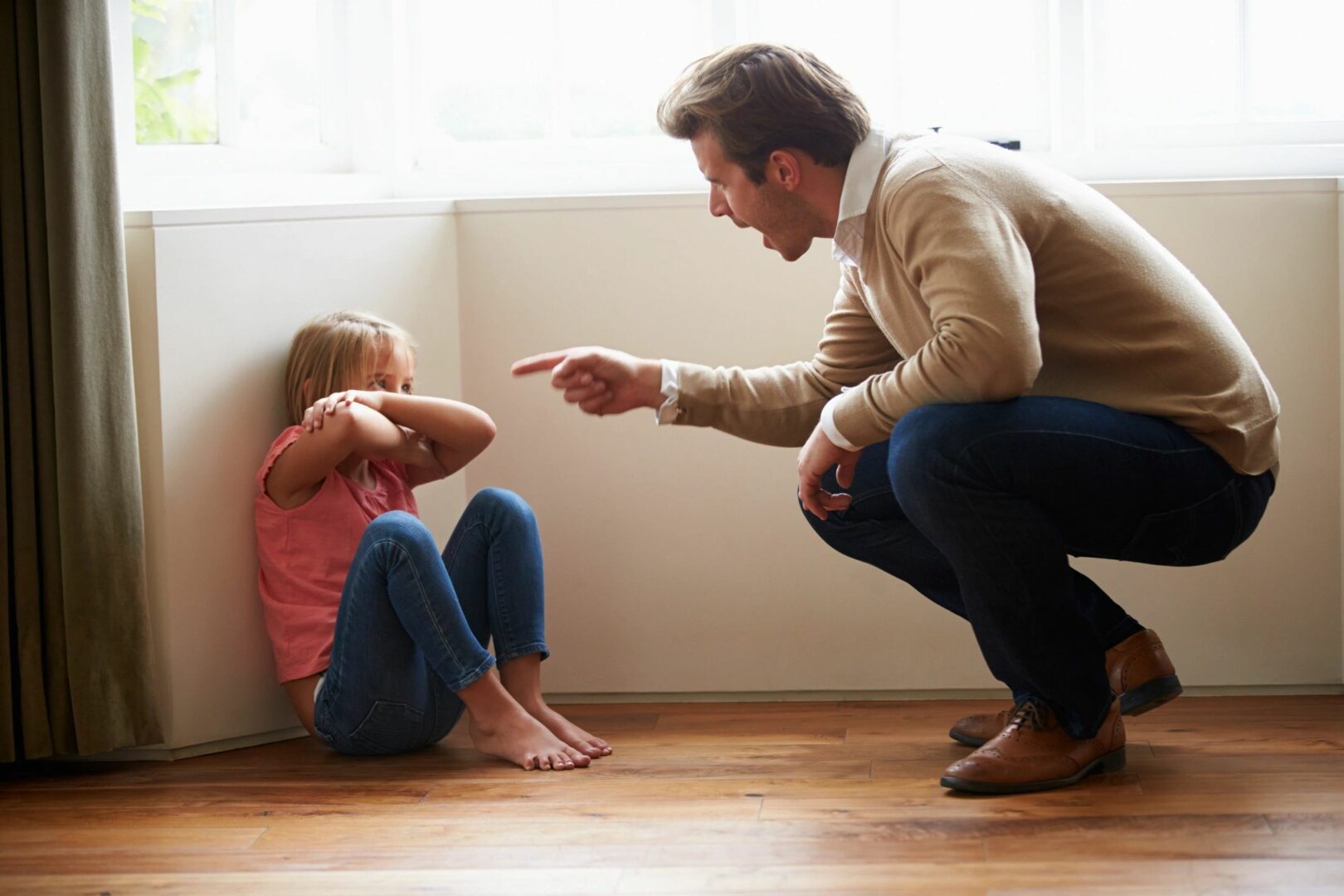 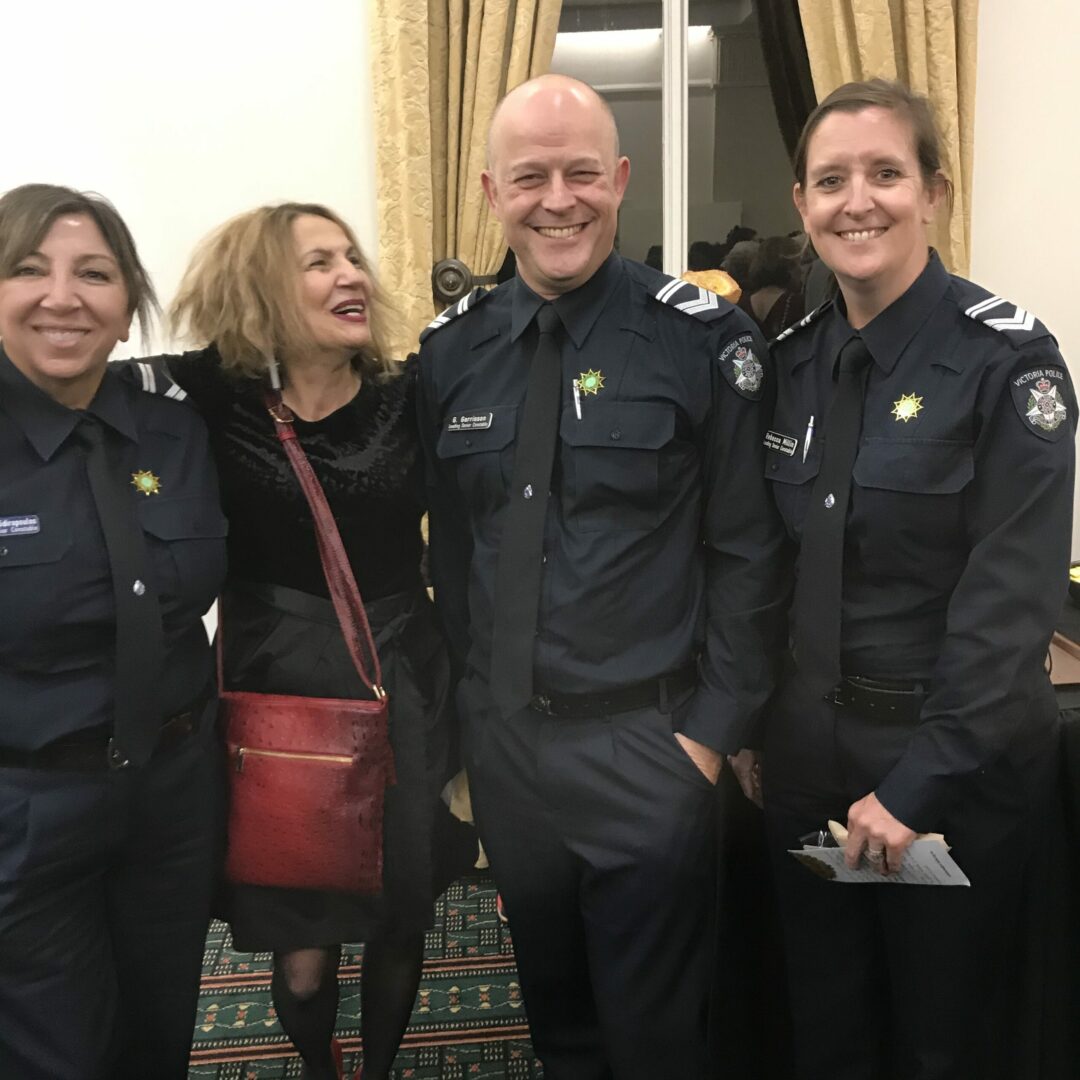 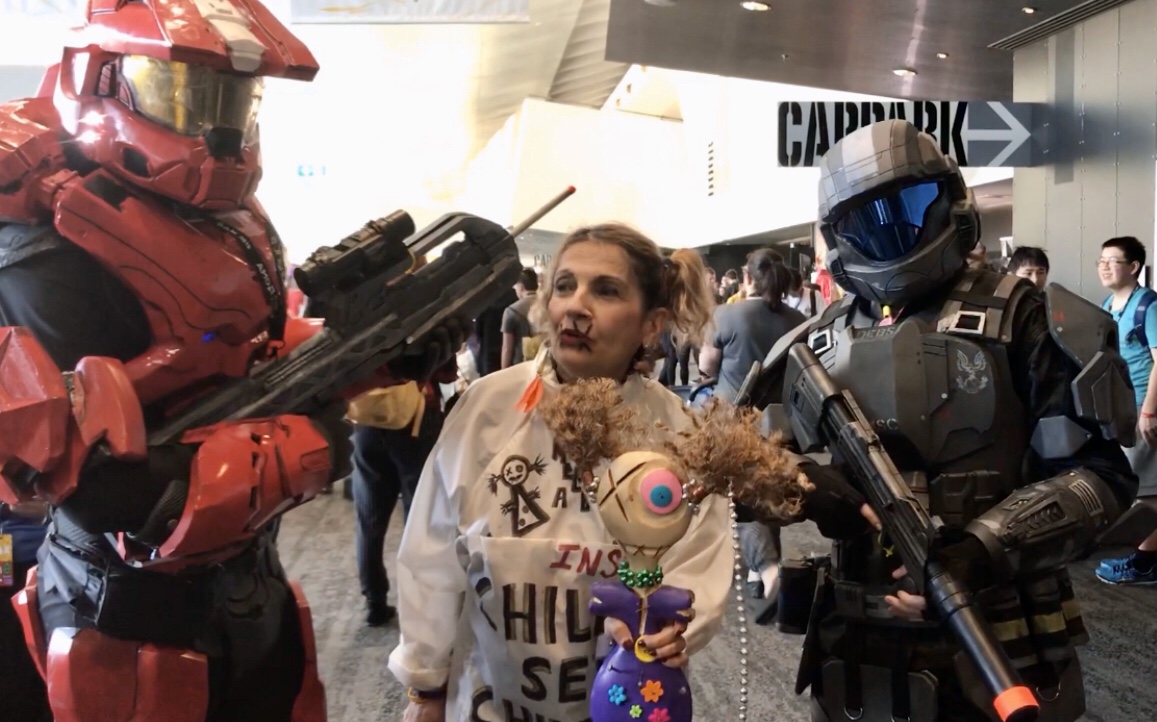 Myth No. 2 Men are the Only Abusers.

The language and thinking around this issue (“battered woman syndrome,” for instance) are extraordinarily gendered. A male engineer married to a female physician recounted to the Salt Lake Tribune in 2001 the time he called a domestic violence shelter after one especially brutal beating from his wife.

“We’re here to help women,” officials told him. “We don’t know what to say to a man.”

One posting on the website of the National Organization for Men Against Sexism is titled “Not a Two-Way street:

Men are NOT the victims of what is meant by Domestic Violence and Abuse.” And Skylar Baker-Jordan, a gay essayist based in Chicago, wrote last year: “When my ex-boyfriend assaulted me, I found my friends — particularly my male friends — minimizing the abuse or excusing it as a ‘scuffle’ between boys. When I sought support, they got uncomfortable and told me to ‘man up.’”

For gay men, “the lifetime prevalence of severe physical violence by an intimate partner (e.g., hit with fist or something hard, slammed against something, or beaten)” was 16.4 percent, the CDC says.

In 2008, it took four battered men and a lawsuit by the National Coalition for Men for the California courts to recognize that men are entitled to equal protection and advocacy support from domestic violence shelters.

A different breakthrough happened in 2015, when the nation’s first domestic violence shelter for men opened in Arkansas. As Prince George’s County, Md., State’s Attorney Angela Alsobrooks told me: “It’s just amazing the number of male victims we have had in the last couple of years, including two run over by their wives.”

Myth No. 3 Domestic Abuse is a Crime of the Poor and Uneducated.

Supposedly only dummies are vulnerable. “A woman that has great education and training and a great job are not susceptible to this kind of abuse by men,” said Oregon’s 2016 Republican nominee for governor.

Last March, a British judge gave a suspended sentence to a man who admitted beating his wife with a cricket bat and forcing her to drink bleach, because, the judge said, the victim was “plainly an intelligent woman.”

As a sociologist tells a survivor and advocate in “Private Violence,” a 2014 HBO documentary:“It’s my understanding that domestic violence only affects poor, uneducated people. Lawyers, doctors and professors do not beat their wives and children.”

In truth, domestic abuse is what might be called an ecumenical crime, with no regard for age, ethnicity, financial status or educational background. The problem is learned behavior, not pedigree. Abusers carefully control their actions, choosing who and when to abuse; they don’t, for instance, beat up their bosses. Some label it a “Dr. Jekyll and Mr. Hyde” personality — violent at home, charming and thoughtful everywhere else.

This month, “7th Heaven” and “Party of Five” actor Jeremy London was arrested in Mississippi and charged with misdemeanor domestic violence. I’ll never forget participating in police training in Howard County, Md., in 1978, when a victim told officers, “The first time my husband hit me, I thought: ‘This can’t be happening to me, I have a master’s degree.’ ” 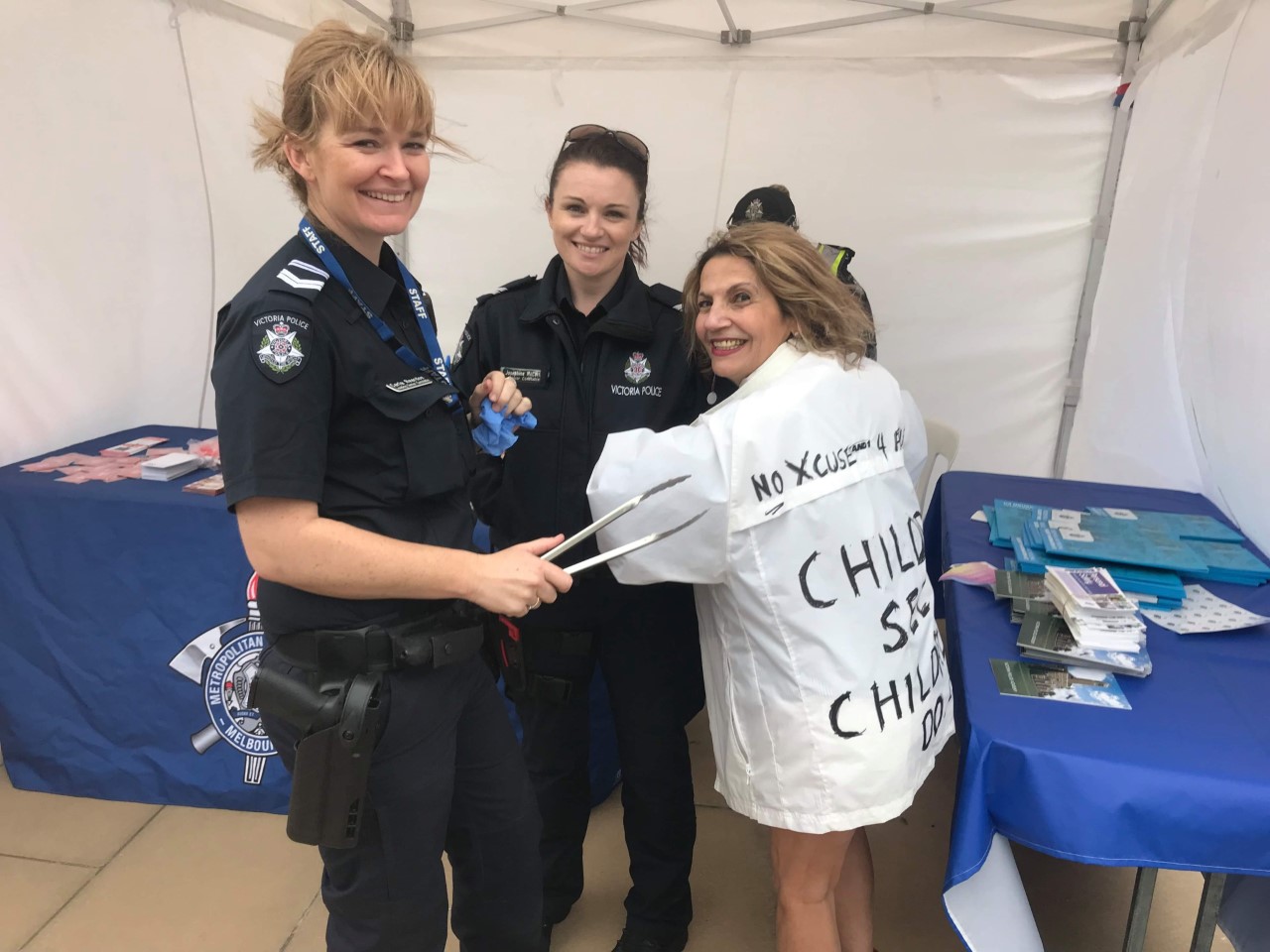 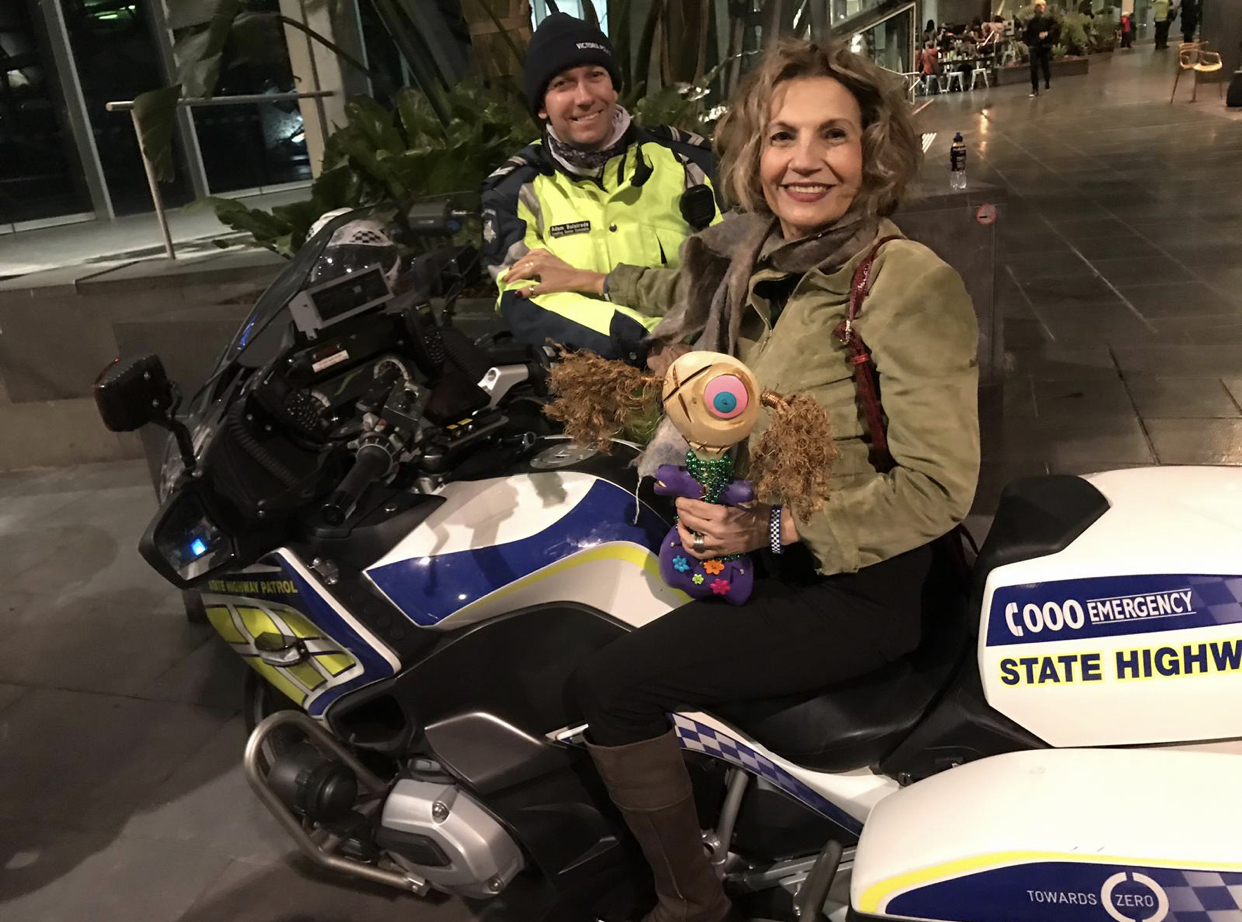 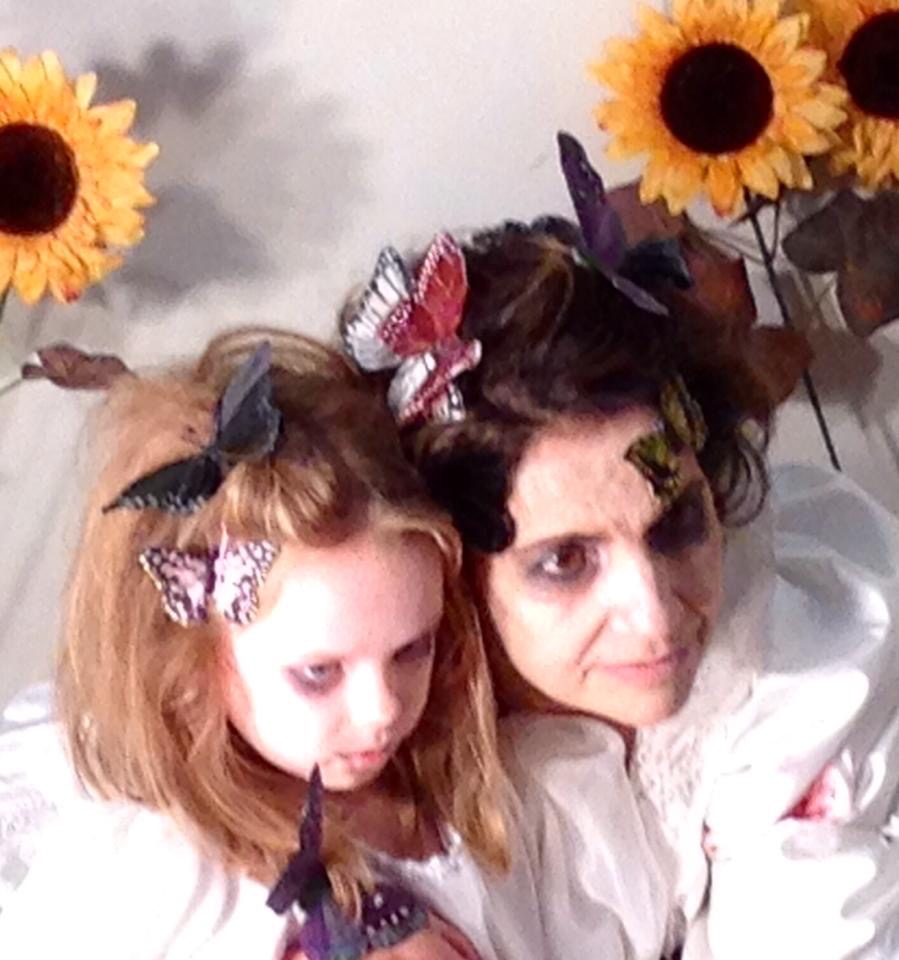 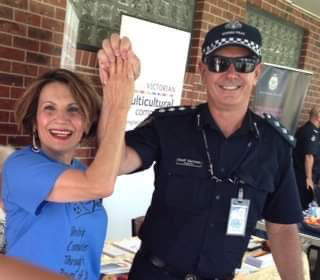 Myth No. 4 If the Victim Doesn't Leave, the Situation Must be Tolerable.

“A lot of people like being in abusive relationships,” Mark Warden, then a New Hampshire state lawmaker and a member of the Criminal Justice and Public Safety Committee, said in 2013, adding: “People are always free to leave.”

When writer Beverly Gooden tweeted about her violent relationship by creating the hashtag #WhyIStayed, the torrent of responses included such sentiments as “I was determined to make it work, wanted kids to have their dad, convinced myself that what he did to me wasn’t affecting them.”

This is one of the most destructive myths because it diminishes the severity of the abuse and implies that the victim must be comfortable with it. Victims stay in relationships for many reasons, including fear of the abuser (who often threatens harm if they do leave), lack of money, worry about children and lack of transportation.

Another, more recent, cause: the threat of deportation. With no reduction in domestic violence reporting from non-Hispanic victims, San Francisco and San Diego recorded declines of 18 percent and 13 percent, respectively, among Hispanics in the first half of 2017, compared with the same period in 2016.

Victims leave and return to a relationship an average of seven times before they leave for good — or are killed. Departure is the most dangerous moment for a victim, because the abuser suddenly faces a loss of control and may lash out. It’s a Hobson’s choice: Stay and possibly die or leave and possibly die.

Myth No. 5 The Abuser Just Snapped.

Some people think domestic abuse is a tantrum run amok. When a Massachusetts man pleaded guilty to an assault that left his wife on life support, his defense attorney said he’d faced a lot of pressure and had just “snapped.”

When Ronald Lee Haskell allegedly killed six members of his ex-wife’s family in Texas in 2014, a childhood friend said, “Haskell must have snapped.”

But domestic violence is not about anger management or an inability to handle stress. Abuse almost always recurs in a cycle, according to Psychology Today, one that’s based largely on demonstrating control.

As Natalia Otero, a lawyer and the executive director of D.C. Safe, told me: “One of the oldest myths is that the abuser is out of control. I’ve seen abusers come into court quite eloquent, quite clear about what they know and what they want from their partner and from the system.
Violence for them is not a random act — it is a way of controlling a situation.” 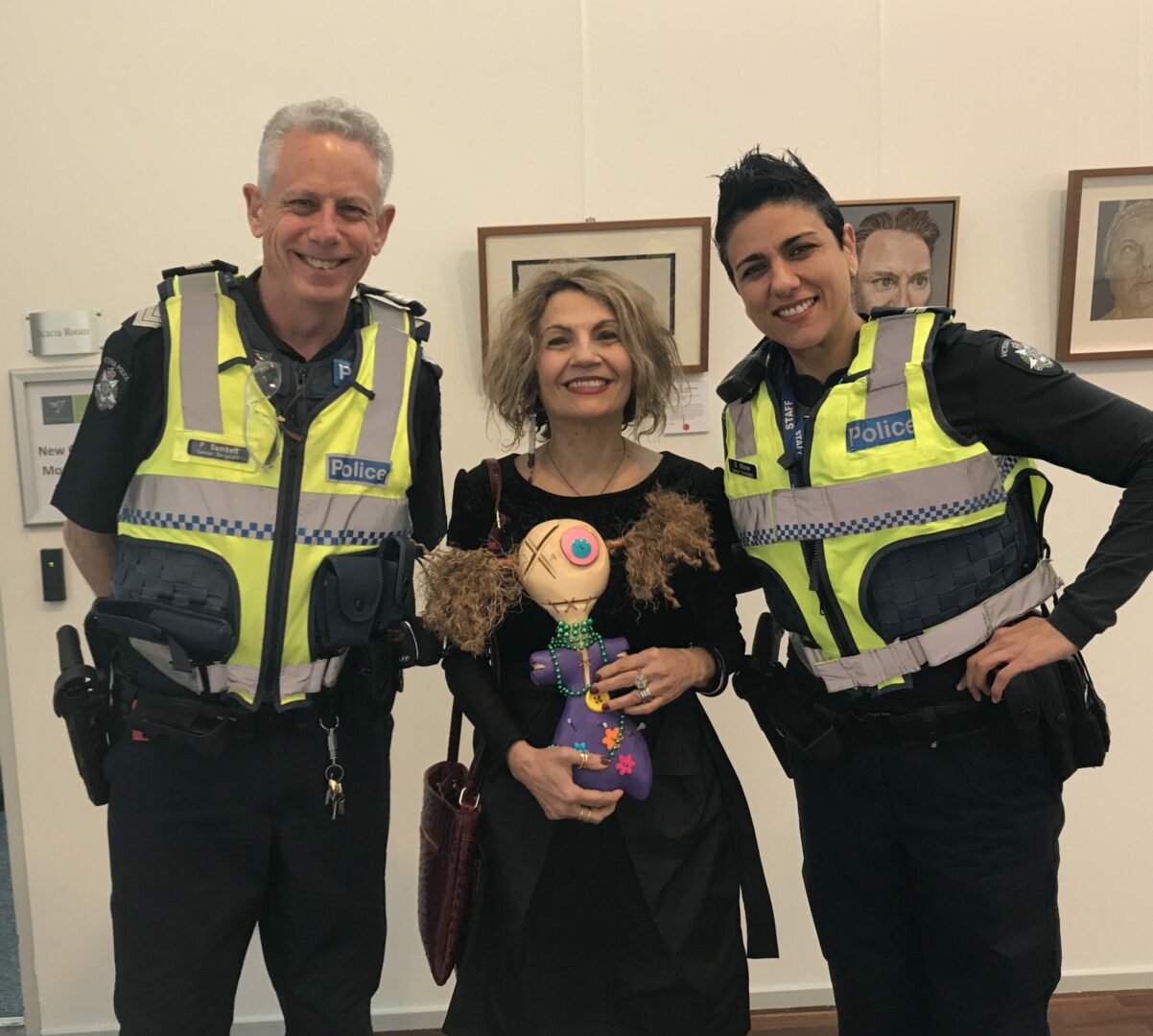 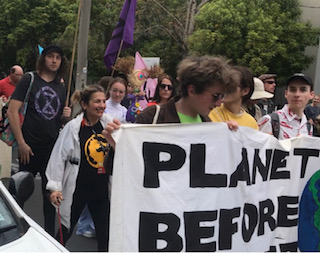 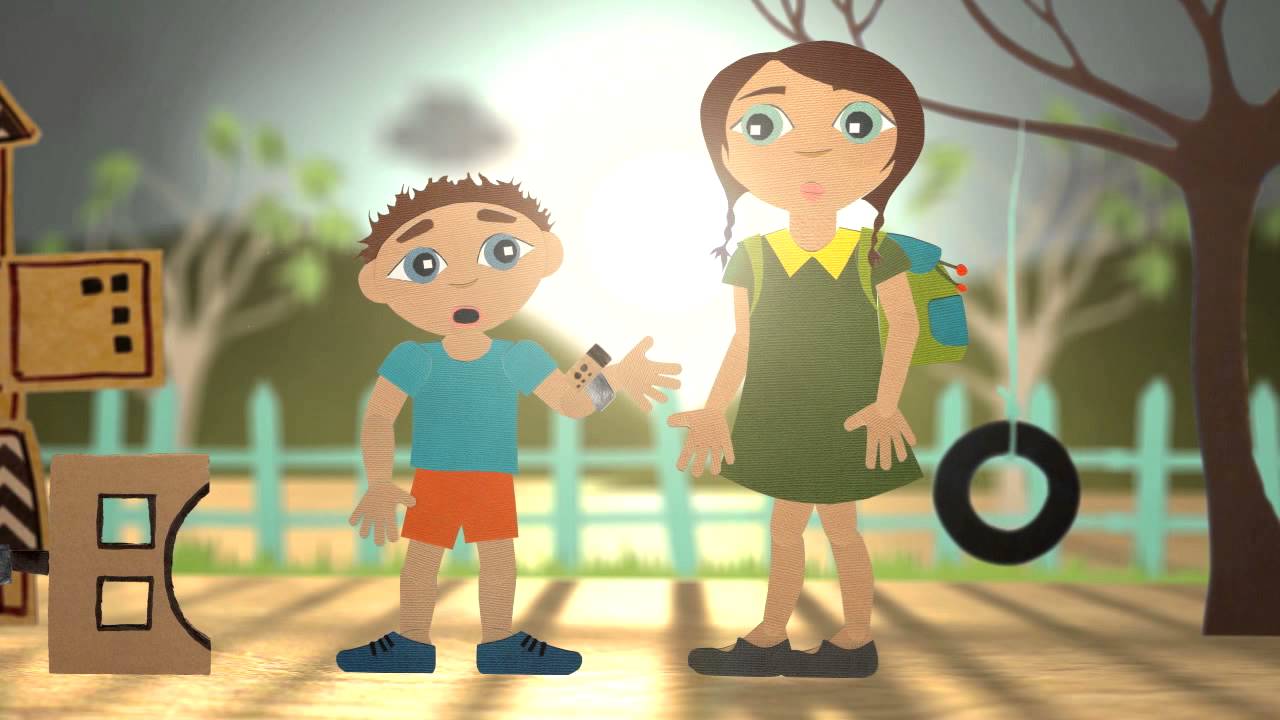